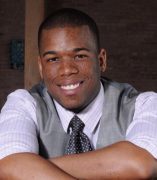 Gerald Hankerson serves as the Outreach Coordinator at the Chicago office and Illinois chapter of the Council on American-Islamic Relations (CAIR), the nation’s largest Muslim civil rights organization. He leads CAIR-Chicago’s community relations, civic engagement, internships, and youth development throughout the state and greater Chicagoland, including northwest Indiana and Wisconsin metro regions in Kenosha and Milwaukee.  Among his key roles are coalition building and advocacy, public education presentations and workshops, intercultural and interfaith engagement programs and events, policy research and civil rights advocacy. Upon invitation by the U.S. State Department, Gerald hosted numerous international delegations from six continents and esteemed cultural initiatives such as the Mandela Washington Fellowship and the Professional Legislative Fellows Program.  This led him to be designated a Chicago delegate and fellowship host in global cultural exchanges in Turkey, Egypt, Morocco, and North Macedonia. Gerald volunteers as an organizer with the Chicago chapter of STOPCVE, which prevents surveillance and entrapment in targeted BIPOC and activist communities. He also served three terms on the Board of Directors for Arise Chicago, an interfaith labor rights nonprofit organization. An alumnus of Chicago Debates (formerly the Chicago Debate League), Gerald contributed to the urban debate movement for 15 years, including serving as Head Coach and Coordinator of policy debate programs in Chicago Public Schools for six seasons at Lindblom, Prosser, Corliss, and Clark high schools. Given his years of service and activism, the Chicago Debate Commission and the Chicago Debates honored Gerald as its 2015 Alum of the Year. North Park University (Chicago) recognized Gerald as a “Man of Excellence” in 2012.  His personal journey as a new Muslim during high school and college is featured in the book I Believe In...Christian, Jewish, and Muslim Young People Speak About Their Faith (compiled by Pearl Fuyo Gaskins, © 2004), as well as the global public education campaign, MyJihad. A longtime resident of Chicago’s Bronzeville and Hyde Park community areas, Gerald graduated from the University of Illinois at Chicago (UIC) with a B.A. in Communication as a President’s Scholar and Pipeline to Justice Fellow in the Social Justice Initiative. He served two terms in the UIC Muslim Students’ Association as its Program Coordinator, a UIC Ambassador through the African American Action Network, a member of the Black Student Union, and a National Society of Collegiate Scholars inductee.